A human body regulates the temperature and adapts itself according to the surrounding temperature. It extracts out heat all the time whenever you perform any task. From simple breathing to heavy exercise, heat is pulled out of your system as long as it functions well.

At times the temperature of your body might rise or, on the contrary, it might lower. In both situations, you can not be said to have a normal body temperature. But what is the average body temperature of a human body, and what happens when it alters from that level? If that’s what you are thinking, this article is an answer for you! 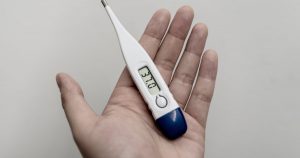 What is Normal Body Temperature?

Why should you keep the urine at body temperature for the drug test?

Factors On Which Variation in Body Temperature Depend

Various factors account for the change in your body’s temperature during certain hours of the day; that is, the temperature does not remain the same throughout the day. The following factors are responsible for the variation in the body temperature-

•Physical Activity
On the day when you do more physical activity or excess than your normal range, your body extracts out more heat, and this causes a temperature variation in your system. You might even feel the heat getting out of your body.

•Sex
Your gender impacts your average body temperature up to an extent. For instance, it is found that women have a slightly lower skin temperature, especially in the upper and lower limbs. The overall body temperature of women is a little higher than men’s, but at some parts of the body, it tends to be lower than a male.

Temperature Ailments
The average body temperature of a person can become too low, or it can get disturbingly high. Both the conditions are referred to as temperature ailments, that is, dysfunctionality in the average temperature due to certain factors. If someone has a too high or too low body temperature, they are termed sick. It can happen in two ways.

Fever
The primary and first form of sickness that almost everyone might have experienced once or more in their lives is fever. Fever is a condition in which the temperature of the human body increases to 100.4 degrees Fahrenheit, which might rise to 104 degrees Fahrenheit.

During fever, the body feels weak, and at times, patients might feel shivers. Sometimes when the white blood cells of your body fight against foreign agents, they too are likely to get a fever. It is an indication that your immune system is busy protecting you against the outside germs. A mild fever can cure itself quickly, but a high fever demands the doctor’s immediate attention.

It is a severe condition, and the patient can have a noticeable impact on their body if they suffer from hypothermia. It usually happens when the body gets exposed to too much cold, and it is most common in babies. It is because sometimes babies find it difficult to regulate their body temperature.

CONCLUSION
Having gone through enough, it might have become clear to you that the average body temperature of a human should be between 36 degrees Celsius to 38 degrees. If the body temperature becomes excessively higher than this, then a person is said to have a fever. Fever results in poor performance of the body and mind at times.

On the other hand, if the body temperature falls below a set parameter, that is, it gets too low, then the person is suffering from hypothermia. Hypothermia needs to be treated timely. Otherwise, it can have severe impacts on the human body. It is advised that you drink plenty of water to enhance your metabolism. It automatically regulates and maintains the normal body temperature with ease.