All parents are worried about their child’s future. They always worried about whether their child are having bad habits such as using drugs or drinking. Drug abuse is a severe threat to society. Teens are getting more exposure to drugs. Teenagers who use drugs in school are more likely to get addicted to them when they are adults. Any type of substance abuse is bad for teenager and their family. Teenagers who use drugs are very smart, and they smartly hide their drug consumption from their families. We have seen teens abusing drugs for several months
and their parents have no idea about it. 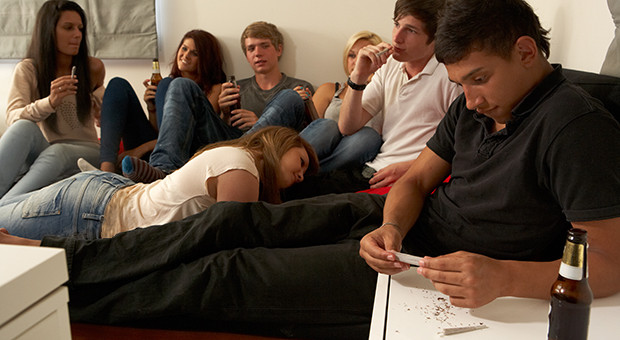 Parents need to prevent their teenagers from getting addicted to the drug. It is essential to detect the sign of drug abuse. Look at these signs of drug abuse to check whether your teenager is exposed to drugs or not.
If you have seen any of the below signs in your teenager, do not ignore them. It chances that your teenager is hiding something from you. Preventing substance abuse at an early stage is essential to prevent further addiction.
Some recent research shows that nearly 50% of teenagers had used alcohol in their high school. There can be several reasons why teenagers get caught in addiction. One of the reasons can be the stress of studies. Some teenager drinks or smoke because their friends are drinking or smoking. Curiosity about drugs and alcohol can also lead to substance abuse. You also need to understand that because a teen tried alcohol or smoked cigarettes doesn’t mean that he is addicted. It may be because of curiosity they tried it once. The majority of teens tried alcohol because they want to experience what will happen after they tried it.
Parents need to look at the behavior of their children and prevent them from further drug abuse.

A change in the habits of a teenager can indicate that your child is doing something weird. If you notice the following addiction signs in your teenager, you might need to talk with your children.
1> Self-isolation
2> Lack of hygiene
3> Avoiding eye contact
4> Frequent mood swings
5> Lack of sleep
6> Less interaction with parents
7> Change in the friend circle
8> Hanging out more with teenagers who have bad habits
9> Coming late to the home
10> Poor grades
11> Impaired thinking

If you have seen such multiple signs in your teen, it might be due to abusing substances or alcohol. There is nothing wrong with talking directly to your children about substance abuse. By talking with them, you will get to know why they are abusing drugs. There are several types of drug tests available that you can check whether your child is taking the drug or not. You can conduct a drug test at home without going to the lab for the test. Its time to take action before the addiction developed.